Ecommerce is constantly changing; the way stores are developed and handled is continually evolving. With every new advancement, leading platforms like Shopify are also growing. The recent significant addition witnessed is the integration of Shopify Hydrogen and Oxygen. This trend has rise the importance for Shopify app developer to leverage the technology for the best benefits.

Shopify has made significant investments in its worldwide infrastructure to ensure that eCommerce stores are available to every customer anywhere in the globe within 50 milliseconds. Hydrogen is a new React framework used by developers to create custom storefronts, while Oxygen will be the future of Shopify hosting for custom stores as Shopify App Developer. These two components have created a wave among eCommerce business owners to adapt and enhance their store functionality. However, many of the stores are not aware of it? No more! The blog post below has detailed everything about Shopify Hydrogen and Oxygen.

How Do Hydrogen and Oxygen Differ?

Thanks to Shopify Hydrogen, creating dynamic eCommerce shops at breakneck speed will become the new norm. It is built on React and JavaScript, with different toolkits and components that make creation of unique shops from the ground up significantly more accessible. Bringing React and JavaScript to the heart of the Shopify ecosystem to join Shopify Liquid is a huge step forward.

Previously, any native Shopify shop could only use the Shopify tech stack that was already in place. Due to Liquid’s rigid framework, it was tough to create distinctive online experiences. However, the arrival of Shopify Hydrogen opened up a slew of new development potential for developers. This is because React is the most popular open-source technology for developing cutting-edge web apps. This implies that React developers will much outnumber Shopify Liquid developers, and there will be several new opportunities for innovative work.

There will be new GitHub integration as part of a new set of developer tools, allowing you to pull updates to themes continually. This improves cooperation by providing native version control capabilities and streamlining process implementation. This so that changes may be evaluated and merged on GitHub before being apply to a live theme. Furthermore, because GitHub synchronization enables preview link sharing from local servers without the need for manual syncing or delivering zip files, cooperation with your team and clients increases.

On Hydrogen, you can also use Shopify components like the cart, variation picker, and media library, among others. All of these features will interact effortlessly with the platform, allowing you to save significant time and money and enhance Shopify store conversion. Shopify Hydrogen and Oxygen also provide a high level of flexibility. It allows retailers to store data in a centralized location. As a result, data retrieval is simplified, allowing for greater flexibility and usefulness.

Key Takeaway of Exciting Characteristics of Hydrogen and Oxygen

Here’s a brief rundown of the most intriguing aspects of Shopify’s upcoming Hydrogen and Oxygen products.

What is Shopify Oxygen?

The Shopify Oxygen platform, which will host bespoke Hydrogen shops, will also be available soon. Shopify has made significant investments in its global infrastructure, which will give Oxygen to over 100 server locations worldwide. Importantly, merchants that use Oxygen and Hydrogen will be able to store any type of material on their sites. Keeping all data on a single platform simplifies data retrieval.

What Exactly is Shopify Hydrogen?

Shopify Hydrogen is a new JavaScript and React-based framework tool for constructing Shopify businesses. Shopify shop development is now limit to Shopify Liquid, the platform’s in-house writing language. While Liquid is a solid coding solution, it has limits, notably in site performance. Adding JavaScript and React will improve the regular Shopify store experience while opening up a world of possibilities for creating unique businesses on the Shopify Platform.

As you can see, Shopify Hydrogen and Oxygen will be load with powerful features and functionality. This will allow developers to construct quick, dynamic global marketplaces. As per Shopify expert, the solutions are also helpful for online shop owners. As they will soon be able to create unique digital experiences that will help brands stand out in a crowded online environment. So, what are you waiting for? Hire Shopify app developers and get ready to integrate these components within stores.

We are top Web development Shopify Expert Company helping Shopify businesses of all sizes to get the most out of modern technologies. Our Shopify Expert keeps a check on every new innovation and offers the same to our clients in the best possible way. So, if you want to leverage Shopify Hydrogen and Oxygen, connect us!

Stay tuned with us for more informative posts about Shopify in detail! 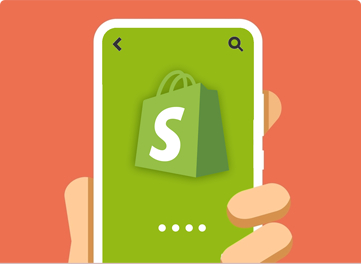 Email get in touch Quote